Was chatting with my friend on Gtalk when I started complaining about the internet connection here in Malaysia. So he asked me to test it on Speedtest.net.

Anyway, I'm not surprised with the result. I kind of expected it. The result is 489 kb/s for download. My friend did the same test and he got 12500kb/s. By the way, my friend is based in America. View my result here.

Was going through Enya's chatbox. We're (Enya, Yein and I) are still talking about X Japan. I didn't know they listen to X Japan too. I thought it's just Adrian, Andrew and me. Hehe...can't wait to exchange X Japan songs with them. My favorite at the moment is Tears. Will check out their album when I go to Singapore. Heard that they are more popular there, hopefully I can find some of their albums there. 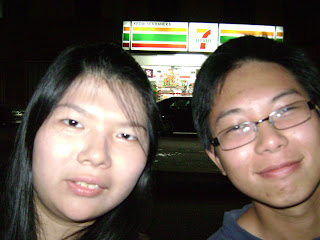 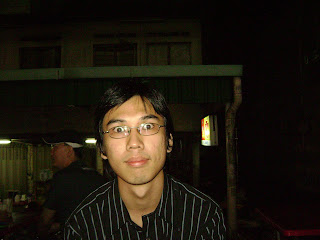 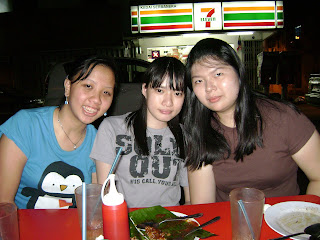 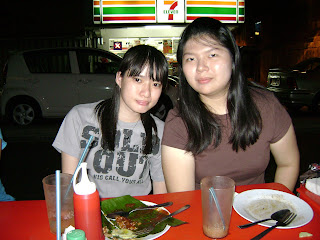 They are all my secondary schoolmates and again I'm the youngest one at the party.
Posted by Vicky Pang Weiqi at 8:24 PM No comments:

Finally, understood Jane Zhang's "dolphin voice" people were talking about. Check it out in this video. It's like Mariah Carey.

I dedicate this song to all who will be celebrating Valentine's day!

Attention to anyone who was part of Passion World Tour in 2008. Catch the amazing pictures captured by Jeremy Cowart on this website >>> awakening the book

Back from Genting Highlands

Just came back from Genting Highlands few hours ago. Spent less than RM150 while I was there. Totally unexpected considering that the cost of things that can hurt your wallet, not a recession-friendly place.

I went with my classmates, it was a graduation trip. Most of the rides are fun, gave an adrenaline rush except one ride that I regretted. It was so darn slow. I don't know what is that ride called, but it's somewhere near the entrance.

Found out that I'm allergic to the fake snow in Snow World. I only got rashes on my face. But only realized it when I got back to my room to bathe. Had fun playing there, throwing snow balls at each other.

Didn't sleep much, spent the night playing card games. When everyone went to sleep at around 3 or 4 a.m., I didn't really sleep that well because it was too cold. The blanket wasn't thick enough.

Really tired now, got to go get some rest.
Vicky
Posted by Vicky Pang Weiqi at 9:00 PM 1 comment:

Nope...Coldplay was not on Music on 8 today, maybe it was last week. Today it's Daniel Powter. Daniel Powter is on my fan list in Facebook. Yeah, I admire him as a musician and I can relate some of his songs. While watching the show, I saw this uber cool double neck guitar. My first time seeing one. It's something like the picture shown below. 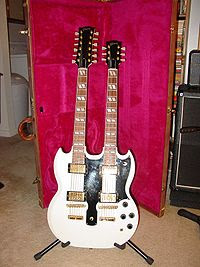 Singapore trip has been cancelled to next, next week. So next week, it's just Genting trip with classmates. Then I'll have some paperwork to do.

It's pass 24 hours after my last paper, Company Law ended. So what have I been up to so far?


Love, Save the empty - Erin McCarley

In holiday mood,
Vicky
Posted by Vicky Pang Weiqi at 3:15 PM No comments:

A place to chat